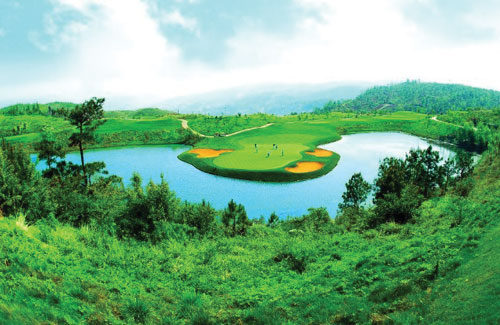 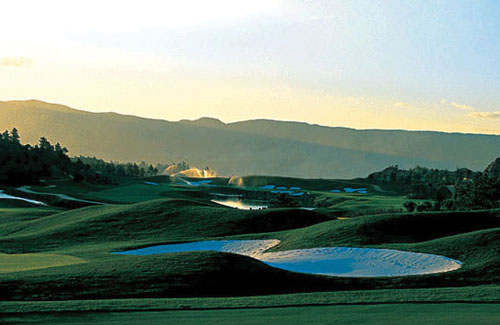 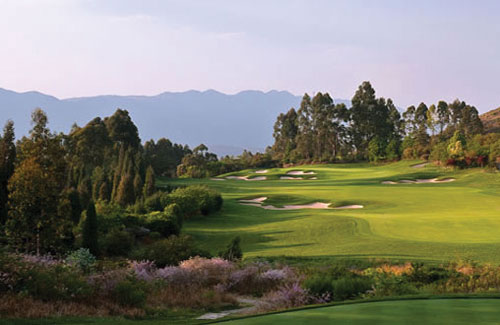 CONDITIONS: Prices are per person and based on single or twin shared accommodation as stated. All holidays are subject to availability and only include ground arrangements, flights are extra. Coco Golf reserves the right to substitute golf courses for another of a similar standard if the conditions require. Prices quoted are in Thai baht only; sterling equivalent is given for guideline only and are worked on the daily rate issued by www.xe.com at the time of printing. Please note holding valid Travel Insurance is a condition of your booking

KUNMING FLIGHTS
There is a 1 hour time difference between Bangkok and Kunming; Kunming is ahead by 1 hour 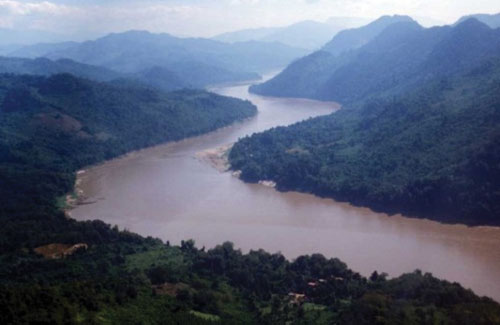 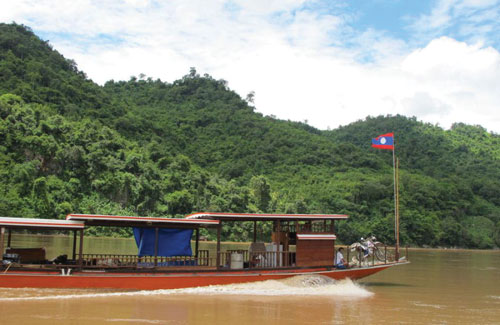 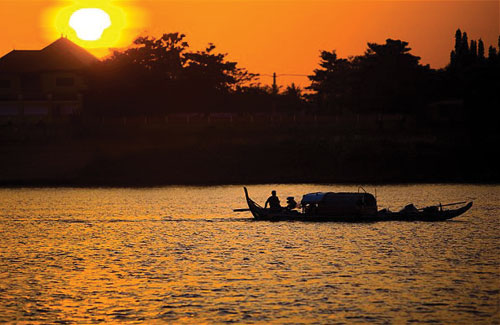 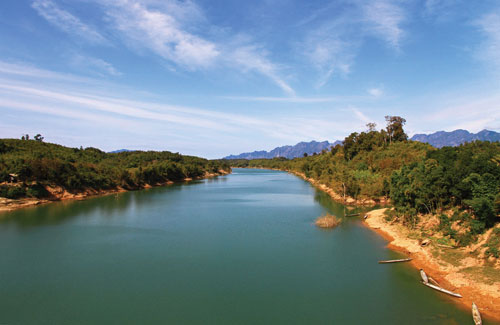 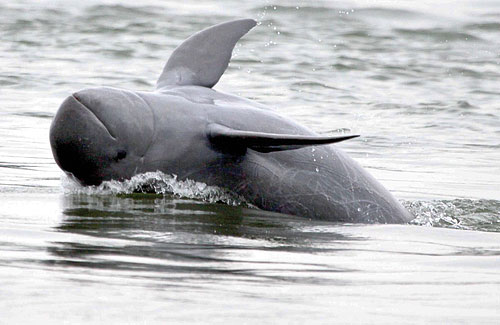 A cruise to remember.
Cruise the mighty Mekong river aboard “The Nagi of Mekong” a 32 meter traditional style riverboat.

The majestic Mekong River has been the lifeblood of the region since time immemorial, from its humble origins deep in the Tibetan plateau, down to the delta rice lands of Vietnam. Now you can taste its alluring aura in a cruise along the stretch from Houy Xai to Luang Phra Bang. Aboard the regal Nagi of Mekong , you can experience the history and drama of this eminent watercourse and thrill to the spectacular scenery of riverine forests and looming emerald mountains.
During the nine-hour leisurely cruise on this elegant riverboat you will pass by remote rustic villages of the lowland Lao peoples and of ethnic hilltribes, and take a tour of the revered and mysterious Tam Ting caves. A river cruise unparalleled anywhere in the world!
The Nagi makes the trip to Luang Prabang in one day. The 330 horsepower Hino turbo not only provides speed, but makes the ride smooth as polished glass.
The boat departs at 8:30 in the morning and arrives at approximately 5:30 in the evening.
Hot food and cold drinks are served on board.
Depart from Chang Kong in Thailand (near Chiangrai)
____________________________________________ 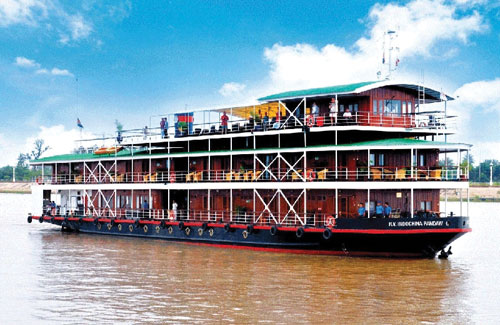 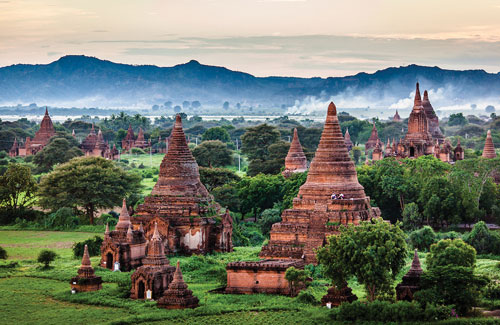 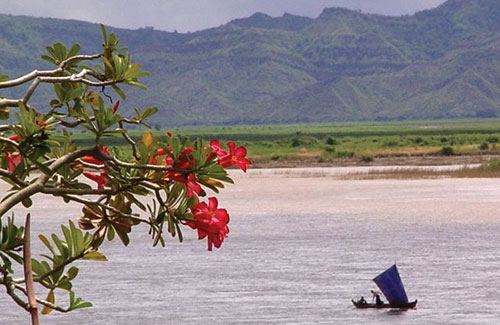 GRAND VOYAGE Of THE CHINDWIN RIVER

The Irrawaddy River is the life-line of Myanmar that flows almost down the very centre of the country for 2000 km. It feeds the farmlands of the dry central zone and allows easy transportation of goods up and down the country.

The Irrawaddy passes through spectacular landscapes especially the Second Defile just before it reaches the old trading post of Bhamo. A steep cliff looms over the river like a sentinel as it curves around its base. The Third Defile begins near Thabaik-kyin, an ancient landing place to travel inland through jungles to the renowned ruby mines of Mogok. In this area and sometimes even further downstream, the rare and endangered Irrawaddy Dolphins live in families that for generations have been helping the fishermen by rounding up schools of fish into their nets. The Third Defile runs until Kyauk-myaung, the biggest pottery centre in Myanmar.

Further downstream the Irrawaddy passes by yet another monumental place, the incomplete Mingun Pagoda. It stands only one-third done, rising already to 50 meters, quickly the river flows past Sagaing, a religious sanctuary where hundreds of monasteries and nunneries lie hidden in the hilly, wooded slopes. Mandalay, the ancient capital of the Myanmar kings lies across from Sagaing. Mandalay is a trade city but under its constant bustle there is a layer of serenity and graciousness of old days. The city has marvelous pilgrimage sites, legacies of a lost empire.

Past Mandalay the river enters the dry zone and flows by typical Burmese towns like Pakokku where wonderfully caved teak monasteries and old pagodas stand to this day.

The most ancient of temples however, are further south in Bagan where 12th century pagodas remain throughout history as living places of worship. There are over two thousand temples of all sizes left standing out of the original four thousand. They were built at the time that Buddhism first flourished in the country, to become a strong philosophy for the people to live by. This belief had endured over many centuries and will continue to do so, in the same way that the Irrawaddy would continue to flow.

The Chindwin River is the second most important river in Myanmar as well as being the largest tributary of the mighty Ayeyarwaddy. It meanders through beautiful valleys and jungles, lofty blue mountains rising in the distance or towering over towns and villages on the banks. The Chindwin valley is an isolated area, and less populated than the lands along the Ayeyarwaddy, and even in this country of old traditions, the people of Chindwin live very conservatively and contentedly along this great river. They are deeply devout Buddhists and all they earn in this fertile land goes to support the religion. Beautiful and whimsical pagodas and monastery testify to the talent and often, the humour of the Chindwin artisans.

The Sambuddhay Pagoda of Monywa is one example, a complex of buildings covered with nearly 600,000 Buddha images as well as a variety of almost life-sized figures frozen in time, painted in realistic colours, going about their daily life. The ancient cave pagodas of Hpowintaung and Shwebataung have Buddha images carved out of living rock, and the walls covered with 300 years old paintings in delicate colours. It is not only pagodas that offer charming aspects of traditional architecture combined with Victorian touches, but the monasteries in either colonial style or pure traditional design are a delight to explore. The monasteries are carved and coated with dark crude oil dregs for weather protection, and the interior pillars and ceilings carved and coated with vermilion colour lacquer and decorated with gold leaf motifs.

Chindwin is a river less travelled, and apart from its religious monuments it offers spectacular sceneries, an insight into the quiet lives of the villagers who are the proud inhabitants on the banks of this proud river.